Simon Cowell's Latest Brainstorm: Pit Winners of 'X Factor,' 'American Idol' and 'The Voice' Against Each Other 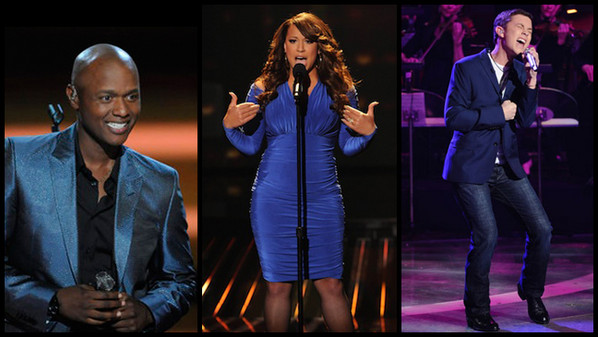 With Simon Cowell, out of sight certainly does not mean out of mind.

Take, for example, the current brouhaha over who might be the next X Factor judge -- Mariah Carey? Janet Jackson? Katy Perry? Pink? It seems to be all people want to talk about, while the American Idol gang looks, well, idle.

And how about the original X Factor firings of Steve Jones, Nicole Scherzinger and Paula Abdul, which were announced some 24 hours after season 2 of The Voice launched to record ratings and effectively stole some of the show's thunder. Cowell's comments about his competitor: "I would ask how many records have they made, how many artists have they discovered," he told Extra's Teri Seymour on Feb. 7. "Everyone thinks The Voice started this whole mentoring thing, but it's complete nonsense. Our show was on years before them .... that was copied from us."

The latest attention grab? A tweet posted a half-hour into Idol's Thursday episode posing this scenario to his 1.5 million followers: that maybe the winners of The Voice, Idol and X Factor should compete against each other in one "super final." Writes Cowell: "Just a thought. I'd be up for it."

Maybe the winner of @TheXFactorUSA this yr should compete with winner of The Voice & Idol in a super final. Just a thought. I'd be up for it

For the record: so would this Idol Worshiper! Think about it: these shows are all on top of each other and the format, no matter what the judges' twist, is getting a little stale. This could be a great way to spice up the talent show shenanigans (and put Cowell in the driver's seat, of course) and determine a true winner in the battle for singing competition supremacy.

The only question (besides which network would air it): would you tune in? Leave your thoughts in the comments....