Carly Simon To Be Honored by ASCAP

By FNN | February 17, 2012, 8:10pm IST
Summary: The singer-songwriter will be honored at an invitation-only gala in Los Angeles on April 18. 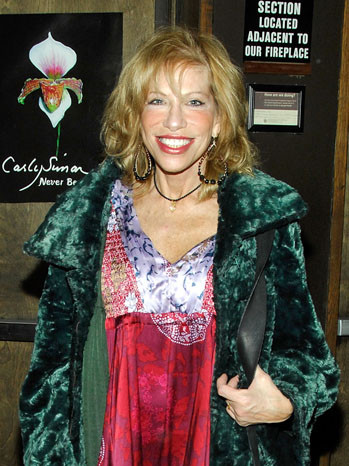 The singer-songwriter will be honored at an invitation-only gala at the Renaissance Hollywood Hotel in Los Angeles that will also award the songwriters and publishers of ASCAP's most performed pop songs of 2011.

"Carly Simon has always poured her heart and soul into her songwriting, and in the process she has helped re-write the rule book on what popular music can achieve and how it can profoundly change people's lives," ASCAP president and chairman Paul Williams said.