By FNN | February 17, 2012, 8:07pm IST
Summary: In its new bimonthly format, long-form essays and reviews of classic albums will take precedence in print, while current news and reviews will be available on the website, set to reveal its own face-lift next week. 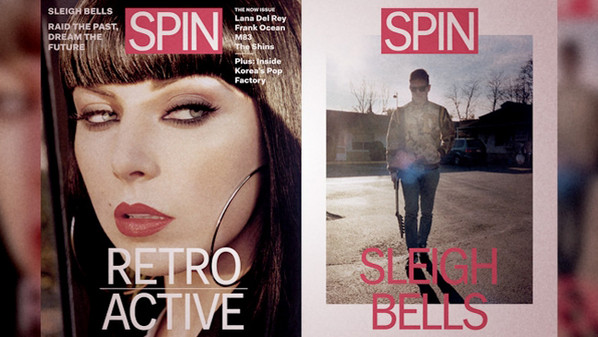 On Feb. 28, the March/April issue will hit newsstands (following a sharp decline in ad pages, the magazine halved its frequency this year and is now bimonthly), and it will be considerably larger and heavier than before, with thicker paper stock and a 9.5" x 12" trim size that will allow more attention to photography and design.

"We wanted to reimagine what a music media brand can be in 2012," Spin's publisher, Mike Albanese, told Adweek. "It comes

down to storytelling, opinion and service. All of our properties are emphasizing those three things."

"People really wanted something with impact, something that was oversized," creative director Devin Pedzwater said. "They like the size of the magazines from the '90s.....They like a tactile quality."

Rather than chasing up-to-the-minute news and reviews that readers were already getting online, Spin will create each issue around a theme—this month's is "Retro Active." Pedzwater described the magazine's new approach as "pulling back from the noise and putting the larger stories and trends in context."

Long-form essays and reviews of classic albums will take precedence in print, while current news and reviews will be available on the website, which is set to reveal its own face-lift next week. (New features include a Web version of the music-streaming Spin Player and nine new blogs focusing on music and lifestyle.) With the magazine and website serving very different purposes, the Spin Play iPad app will act as a bridge between the two, integrating long-form articles from the magazine, reviews and news from the site, and (with a paid subscription) iPad-exclusive content like a monthly 60-song streaming playlist.

The larger format is also catering to advertisers, of course. "It gives our advertisers a much better canvas for their product," said Pedzwater. "When they get the magazine in the mail, it feels like their ads are in a more premium place."

The March issue includes a three-page spread highlighting 2K Sports' Major League Baseball 2K12 game, for which Spin editors curated a soundtrack. "It's an example of how we work with brands—not just having their ads in the magazine but serving as a music marketing service," said Albanese.

Kick off your day with Funrahi's daily e-mail newsletter. It's the freshest entertainment news, gossip and box-office reports, served hot. Get it.
Simon Cowell's Latest Brainstorm: Pit Winners of 'X Factor,' 'American Idol' and 'The Voice' Against Each Other
Enrique Iglesias Returns to Zynga's CityVille