By FNN | February 17, 2012, 8:07pm IST
Summary: As part of an integration in September, almost 11 million people interacted with the music star in the social game, leading to Zynga's first-ever return engagement for an entertainment partner. 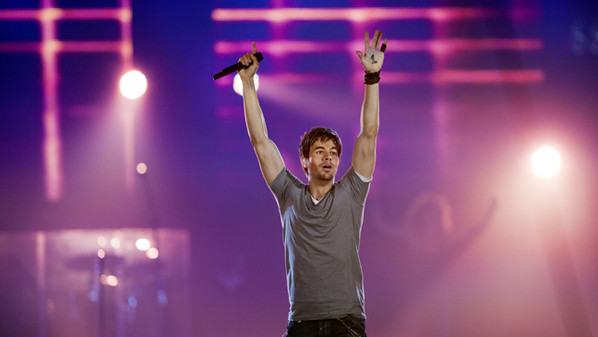 NEW YORK - For the first time ever, social gaming giant Zynga has brought back an entertainer for a second integration into one of its games.

CityVille, Zynga's biggest game with 47.5 million players each month, according to AppData.com, in September did an integration with music star Enrique Iglesias tied to his Euphoria Tour, which allowed players to build a virtual Euphoria Arena in their city, collect Iglesias' trademark boots and unlock a preview of a music video. The deal, financial details of which weren't disclosed, marked the first time that Zynga brought a celebrity to CityVille.

The Facebook game brought back Iglesias ahead of Valentine's Day and will feature him until Tuesday. CityVille's "Love Story" allows players to help the main character, called City Sam, find a date for Valentine's Day with Iglesias being one option. Her dating adventure comes in three acts, and players must collect dance lessons, build a culture house and upgrade a natural history museum to ensure that Sam can date him.

In their original week-long partnership, almost 11 million people interacted with Iglesias in CityVille, and nearly 7 million still see Euphoria Arenas in their virtual cities, according to Zynga. Plus, players posted 22 million feeds to their Facebook walls about the integration. And 45.6 million CityVille Iglesias concerts took place during the week of the integration, the company said.

The promotion also led to 1.5 million views of Iglesias' video preview for "I Like How It Feels," and the star saw 800,000 new fans on his Facebook page, according to Zynga. The data provides a rare glimpse at the success of an entertainment integration into a Zynga game.

"In recent years with the emergence of social media, we've seen entertainers adopt these new ways to connect with fans across the world - our games have provided entertainers like Michael Buble, Lady Gaga and Enrique Iglesias with a new level of engagement with massive audiences in a fun, immersive and meaningful way," said Scott Koenigsberg, general manager of CityVille. "After we introduced Enrique Iglesias in CityVille last September, we had such a positive response from our player community - that we wanted to bring Enrique back in celebration of Valentine's Day, much to many player's delight."

Zynga, which went public in December, has focused on bringing music and film content to its games and in return allowing entertainment brands to reach its users.

Last May, Lady Gaga partnered with Zynga to bring her fans "GagaVille," a themed farm in the FarmVille game tied to the release of her album "Born This Way."

Before that, Dr. Dre did an integration with Zynga's Mafia Wars, while DreamWorks Animation promoted the theatrical launch of its film Megamind.

Kick off your day with Funrahi's daily e-mail newsletter. It's the freshest entertainment news, gossip and box-office reports, served hot. Get it.
'Spin' to Roll Out Larger Format Magazine, Drop Frequency to Six Times a Year
'American Idol' Recap: the Best (and Worst) Moments in Vegas