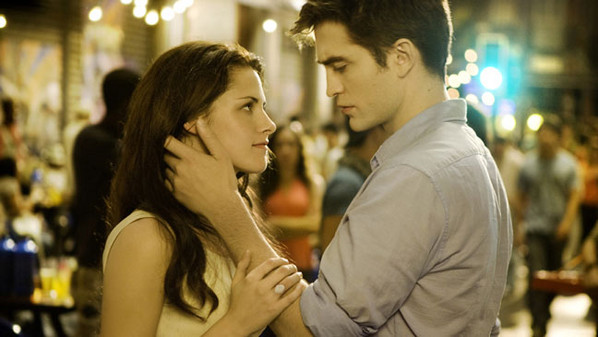 Summit Entertainment is going out with a bang. The company, which last month announced it is being acquired by Lionsgate for $412.5 million in cash and stock, scored the top-selling home entertainment release of the week - and, so far, the year - with The Twilight Saga: Breaking Dawn - Part 1.

Released last Saturday instead of the previous Tuesday, the latest installment in the hugely successful vampire-movie franchise was in stores for only two days during the week-long tracking period. Even so, Summit said it sold 3.2 million discs, 50,000 downloads and 80,000 VOD transactions on those two days.

Breaking Dawn was followed in the No. 2 spot by fellow newcomer Lady and the Tramp, from Walt Disney Studios, making its Blu-ray Disc debut. The No. 3 spot went to a third new release, A Very Harold and Kumar Christmas, the third installment in Warner/New Line's edgy, stoner-buddy comedy franchise, which grossed $35 million in theaters.

On Nielsen's dedicated Blu-ray Disc sales chart, Lady and the Tramp narrowly edged out Breaking Dawn as the week's top seller. Very Harold and Kumar Christmas bowed at No. 3.

Just 25 percent of Breaking Dawn's overall sales came from the Blu-ray Disc edition, compared to 38 percent for Harold and Kumar.

Kick off your day with Funrahi's daily e-mail newsletter. It's the freshest entertainment news, gossip and box-office reports, served hot. Get it.
Lionsgate Launches VOD Movie Service in China
Zina Bethune, Actress and Choreographer, Dies at 66