By FNN | February 16, 2012, 9:49pm IST
Summary: "Who’s That Knocking at My Door" star was struck on the side of the road by oncoming traffic while attending to an injured animal. 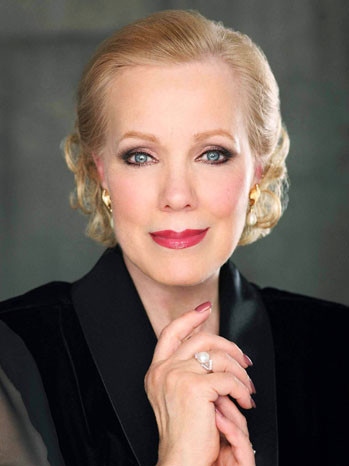 Zina Bethune, an actress, choreographer and dancer, died in the early morning hours Sunday after she apparently left her car along Forest Lawn Drive in Los Angeles to assist an injured animal and was struck by oncoming traffic.

Bethune suffered head injuries and died at the scene. She was 66.

As an actress, Bethune is perhaps best known for playing the girl with a past opposite Harvey Keitel in Martin Scorsese's 1967 Catholic morality tale Who's That Knocking at My Door.

Earlier, Bethune starred as a naïve student nurse in the 1962-65 CBS primetime series The Doctors and the Nurses.

The native New Yorker was a regular on the daytime soaps Guiding Light, Love of Life and Santa Barbara, guest starred on The Judy Garland Show, starred on Broadway in Grand Hotel and appeared in such other series as Naked City, Route 66, Emergency!, Police Story and as a ballet teacher in Party of Five.

Her mother is actress Ivy Bethune, who survives her.

At age six, Zina Bethune began her dancing career at George Balanchine's School of American Ballet and performed with the New York City Ballet, where she starred as Clara in the first televised The Nutcracker.

In 1980, she founded Bethune Theatredanse (now Theatre Bethune) in Los Angeles, and she led her multimedia company on tours to Europe, Asia and North America. The company performed at the White House.

Bethune choreographed and directed more than 50 dance works, videos and theatrical productions — all while being hampered by dysplastic hips, scoliosis, severe lymphedema and other conditions. Theatre Bethune is the first professional dance program in the U.S. to create a participatory program for disabled youth called Infinite Dreams.

"Infinite Dreams is for all people and is about the spirit and joy of dance," she once said. "Just because your spirit's not disabled, why should what you do be disabled?"

In addition to her mother, Bethune is survived by her husband, visual effects veteran and actor Sean Feeley. In lieu of flowers, donations can be made to Theatre Bethune at www.theatrebethune.org/contribute.html.