By FNN | February 17, 2012, 7:46pm IST
Summary: "There was a lot of laughter," Aniston told Funrahi about working on the Universal film, which is due in theaters February 24. 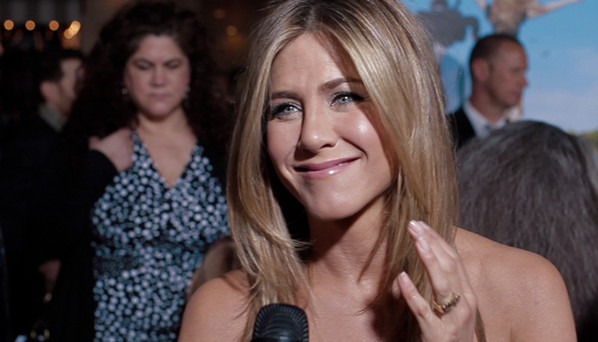 Wanderlust, Universal's comedy about a married New York couple who end up living on a hippie commune, is packed with hilarious moments, due in part to the talented work of stars Paul Rudd and Jennifer Aniston.

Rudd and Aniston star as George and Linda in David Wain's latest comedy, due to hit theaters on February 24. After George loses his job in New York, the stressed out couple ends up on a commune, learning to live off the land sans cell phones and plus drugs, nudists and a little free love.

While some of the film's most memorable laugh-out-loud moments involved sex, drugs or a whole bunch of nudists, Aniston said that it was all in fun while it was being made.

"If anything, there was a lot of laughter," Aniston told Funrahi of the experience.

"I love him. He is a dear friend," Aniston said of working with Rudd. "We just have a true affection for each other and I just feel honored any time I get to work with him."

Aniston's current real-life beau, Justin Theroux, also stars in the film as one of the hippies living on the commune.

"Everybody has a little quirk. Certain people had a hard time learning lines. Or learned their lines, and then would flub off when they were off camera, and then some people had an issue with cracking up," Aniston said of her castmates.

"Paul Rudd is a notorious breaker. So am I. I may as well out myself while I'm at it," she added while talking to reporters on the red carpet at the premiere for the film. "It was just so fun to watch everybody work."

Kick off your day with Funrahi's daily e-mail newsletter. It's the freshest entertainment news, gossip and box-office reports, served hot. Get it.
Zina Bethune, Actress and Choreographer, Dies at 66
Berlin 2012: Til Schweiger To Make 'The Guardians' English-Language Debut as Director