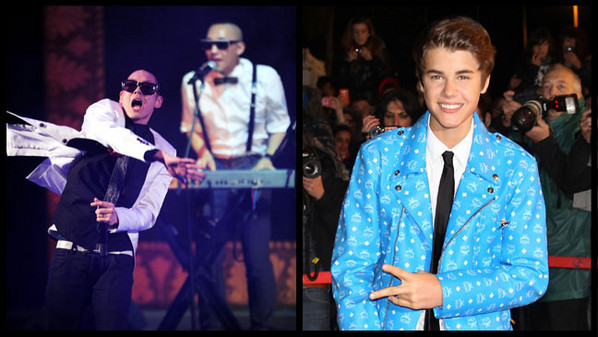 Interscope's Cherrytree Records posted the new song, titled "Live My Life," Friday on SoundCloud ahead of the Feb. 28 official release. Bieber kicks off the vocals on the four-minute track crooning, "I'm gonna live my life, no matter what we party tonight. I'm gonna live my life, I know that we gonna be alright."

From there, the LA based electro quartet -- perhaps best known for their 2010 radio smash "Like a G6" -- chime in with their signature rhymes. Bieber hops back in for the chorus.

Far East Movement has collaborated with several hit-makers since bursting onto the scene with their 2006 single "Round Round," featured on the Fast and the Furious: Tokyo Drift soundtrack. Pop singer Dev delivers the hook on "G6," while Ryan Tedder is included in their follow-up single, "Rocketeer." "If I Was You (OMG)" hit radio airwaves in 2011 featuring raps from Snoop Dogg.

Listen to the newest track below: