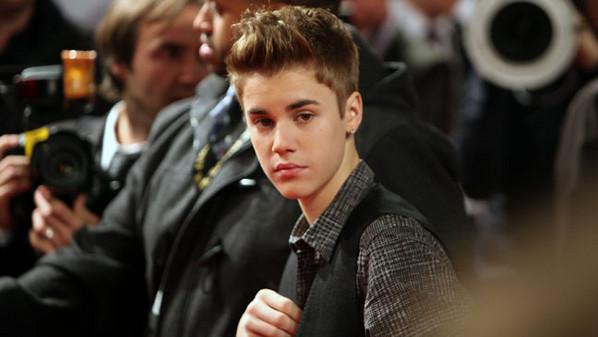 RC3, a maker of Android apps, isn't about to be backed down by the legal demands of a teenager. The company has preemptively filed a lawsuit against Justin Bieber and claims the right to distribute a game, Joustin' Beaver, regardless of the singer's trademark and publicity right claims. The move comes two weeks after Bieber's attorneys sent the company a cease-and-desist letter that threatened litigation if the app wasn't promptly terminated.

In the lawsuit, RC3 admits that the game was inspired by Biebermania:

"In an effort to comment upon the Defendant's life, the Plaintiff, RC3 developed the aforementioned App entitled "Joustin' Beaver." The App, a video game, is a parody of the commercial success of the Defendant and any celebrity. The parody app portrays a beaver floating on a log down a river. The beaver presents with bangs, a lance, and a purple sweater. The beaver knocks 'Phot-Hogs' that are attempting to take his photograph into the river with his lance. The beaver also signs 'Otter-graphs.' The beaver also must dodge the 'whirlpool of success,' which will lead beaver out of control, while navigating the river."

By claiming that the game is a comment on Bieber's life and also invoking "parody," the game company hopes to convince a judge it has a First Amendment right to use the teen pop star's intellectual property.

According to the lawsuit, after RC3 received a cease-and-desist letter, the company attempted to explain its belief that the First Amendment protected it from any potential lawsuit from Bieber. The parties negotiated with each other, but couldn't come to an agreement.

RC3 is now seeking a declaration of its non-infringement, non-dilution, non-passing off, and non-misrepresentation of Bieber's trademark. Additionally, the company wants a judge to state that the game doesn't constitute misappropriation of Bieber's name for commercial purposes and that Joustin' Beaver is protected by the First Amendment.

This isn't the first time that someone in the entertainment industry has been troubled by a mobile app that allegedly existed at their expense. For instance, in 2009, WME agent Ari Emanuel demanded that all references to him be erased in an iPhone game app called SuperAgent.

That was before the U.S. Supreme Court sent a clear message that games should be treated like movies, music, and books and be accorded the same free speech protections.

The Bieber case, however, will likely turn on whether "Joustin' Bieber' is likely to cause confusion as to the source and endorsement of the young hearthrob. The game-maker will likely get a lot of attention for bringing this lawsuit and may cash in on the resulting publicity. If Bieber wins the case, however, the singer could claim the company's profits from making an exploitation.

Here's a copy of the complaint: