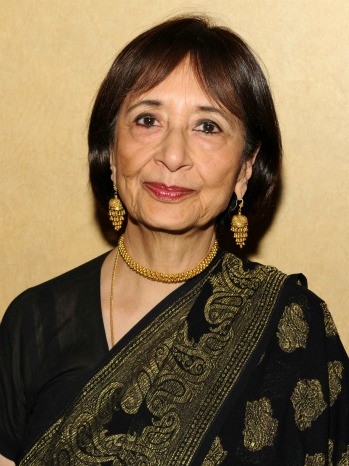 Patel and Ghir star in the story of two warring brothers who Karan attempts to reunite so they can cook her wedding banquet in writer/director Amit Gupta's movie.

Scheduled to shoot in March/April in Leicester, England, Jaffrey will turn out as the judge of the national curry competition at the climax of the film.

The story comes from Gupta's own life experience.

The writer/director used to live above the family restaurant, The Chaat House, on the Golden Mile in Leicester's Little India district. His mother and his aunt still run the restaurant today.

The project sees Gupta team with AIR Productions, led by Amanda Faber, Isabelle Georgeaux and Richard Holmes and Nikki Parrott from Tigerlily to make the film.

Holmes told Funrahi the newly formed AIR Productions aims to make Jadoo the first from the banner and plans to produce together on various projects.

Kick off your day with Funrahi's daily e-mail newsletter. It's the freshest entertainment news, gossip and box-office reports, served hot. Get it.
Nine Guadalajara-bound European Movies Get Financial Fillip for Trip to Mexico
The Players (Les Infideles): Film Review