Amanda Seyfried on Playing the Masochistic Kidnapping Victim in 'Gone'

By FNN | February 25, 2012, 10:48pm IST
Summary: "She's a little off at times and that's where the audience is meant to kind of be misdirected a little bit and question her credibility," the actress told Funrahi of her character in Summit’s thriller. 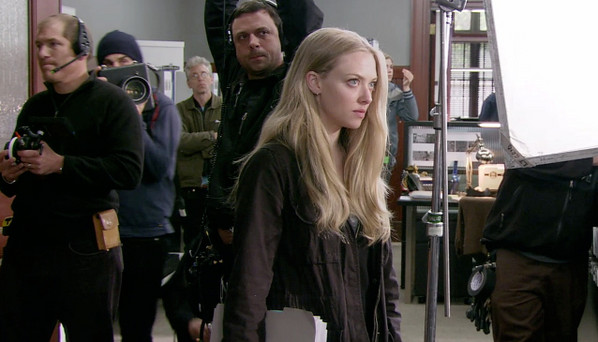 In Gone, Amanda Seyfried stars as Jill, a young woman who claims to have been kidnapped and thrown into a deep hole in the ground. Although she escaped before her abductor was able to kill her, her sister goes missing, and Jill is convinced that the same man who abducted her returned and took her sister.

Seyfried, 26, told Funrahi she based the character on her real-life sister.

"I based this character on my sister because she tends to be a little more sensitive," Seyfried told Funrahi. "Where as I'm anxious, she is more on the depressive side of things."

Seyfried's Jill is still clearly haunted by what she claims happened to her, and when her sister is taken, she is determined to find the kidnapper and save her sister.

"I feel like to get that balance you actually had to be strong," she added. "That's the cool thing about Jill is that she is trying to overcome this trauma, this tragedy that happened."

However, it's unclear if Jill was really kidnapped, or if the whole thing is in her head. The police, who never found any evidence that Jill was kidnapped, don't believe her story. When Jill runs to the police for help when her sister goes missing, her cries fall on deaf ears.

"She's a little off at times and that's where the audience is meant to kind of be misdirected a little bit and question her credibility," Seyfried told Funrahi. "It really works, this kind of character, it's so not me, so that was fun, but I had the liberty to kind of create some extra things around her."

Seyfried, whose past films include Dear John, Red Riding Hood and In Time, talk to Funrahi about why her character who is suffering from this severe trauma, seems to always be putting herself in danger by parking her car far away, walking alone at night, and even pursuing her kidnapper alone.

"There's something masochistic about her, where she kind of puts herself in that situation," she added. "Something is not quite right about her. She really hasn't learned how to deal with her place in the world."

Kick off your day with Funrahi's daily e-mail newsletter. It's the freshest entertainment news, gossip and box-office reports, served hot. Get it.
'The Artist' Triumphs in France's Cesars Ahead Of Oscar Weekend
'Love in the Buff' to Open Hong Kong Intl Film Fest, 'White Deer Plain' to Close