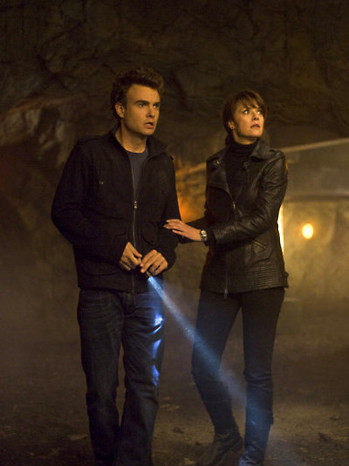 Tapping plays a teacher supporting a former student (Santiago) and lover who has never grown up.

Bowen is shooting Random Acts of Romance, her second theatrical feature after the 2010 film Amazon Falls, in Vancouver through February 17.

She wrote the screepnplay with Jillian Mannion and Kevin McComiskie.

The executive producer credits are shared by Avi Federgreen and Lindsay Macadam.

Bowen and Darren Reiter of Purple Productions are producing.

Kick off your day with Funrahi's daily e-mail newsletter. It's the freshest entertainment news, gossip and box-office reports, served hot. Get it.
Hungarian Film Week to Kick Off on Feb. 2
Jesse Eisenberg, Mia Wasikowska Join 'The Double' Cast