By FNN | February 28, 2012, 6:33pm IST
Summary: The returns for "De Panzazo" beat "The Artist" and "Extremely Loud and Incredibly Close" over the weekend in Mexico. 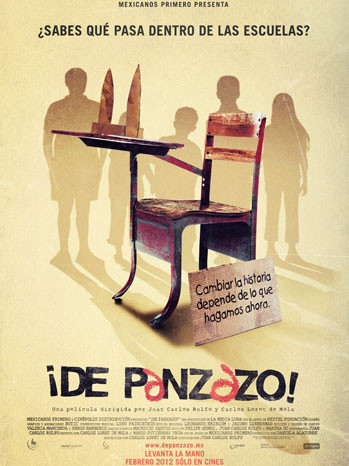 MEXICO CITY -- The Mexican film De Panzazo raked in $870,000 on its opening weekend and pulled off an impressive feat for a locally-produced documentary: it outperformed several Oscar contenders.

Opening on 200-plus screens Friday, the film went on over the weekend to beat out Academy Award winner The Artist and best picture nominee Extremely Loud & Incredibly Close. Additionally, De Panzazo topped Mexico's charts in per theater average.