By FNN | February 13, 2012, 11:22am IST
Summary: Funrahi awards analyst Scott Feinberg delves into the history of the BAFTA Awards to expose biases that keep them from predicting the Oscars more accurately. 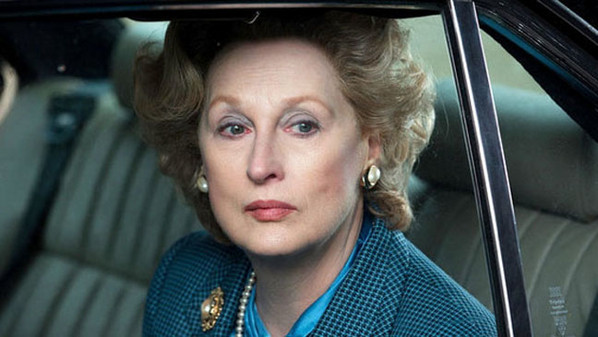 The British Academy of Film and Television Arts handed out its 65th annual BAFTA Awards this afternoon across the pond, and many of the same folks who will congregate at the Oscars two weeks from today were in attendance. Of course, the question now on all of their minds -- and ours -- is whether or not the American Academy will annoint the same major winners as the British Academy: The Artist for best picture, Michel Hazanavicius (The Artist) for best director; Jean Dujardin (The Artist) for best actor; Meryl Streep (The Iron Lady) for best actress; Christopher Plummer (Beginners) for best supporting actor; and Octavia Spencer (The Help) for best supporting actress.

It is important to take the BAFTA Awards seriously -- after all, studio awards strategists estimate that 20% of the Academy is composed of Brits -- but it is equally important to familiarize oneself with its history, which quite clearly reveals certain biases on the part of BAFTA voters that manifest themselves time after time, and in so doing keep them from having an even closer stronger correlation with the Academy.

The BAFTA Awards used to take place after the Academy Awards, which was pretty anti-climactic, since most people value recognition at the latter much more than the former. So, starting in 2002 (the ceremony honoring from 2001), BAFTA moved up its ceremony ahead of the Oscars. Therefore, the only stats that are really relevant -- and that I refer to below -- are those from the last completed 10 awards seasons.

But, while plenty of films and people have lost a BAFTA Award for which they were nominated but still won the corresponding Oscar, it is virtually unheard of these days for a film or person to win an Oscar without having at least been nominated for its corresponding BAFTA Award (barring extenuating circumstances like a film not being released in time to be eliglbe for consideration) -- indeed, only twice over the last five years has a major BAFTA Award gone to something/someone not nominated for the corresponding Oscar: best cinematography for Pan's Labyrinth (2006) and best makeup for Alice in Wonderland (2010).

Over the 10 awards seasons since BAFTA moved its ceremony ahead of the Academy's, the tastes of the two organizations have increasingly overlapped. (This may be a byproduct of the increase in other awards shows that precede both of theirs, which tend to establish a clear set of frontrunners early in the season.) When their winners do differ, though, it tends to be the result of British voters seeking to champion their own. Consider the following examples of BAFTA choices that were subsequently reversed by the Academy...

This leads me to believe that today's BAFTA Award for Streep, in particular, should be regarded with caution. Would she have won had she not portrayed a former British prime minister in a British film? I'm not so sure. (I still think that The Help's Viola Davis, who beat Streep to win the Critics' Choice Award and SAG Award, is the likelier winner at the Oscars.) I also doubt that Peter Straughan and his late wife Bridget O'Connor, who won the best adapted screenplay BAFTA Award today for Tinker Tailor Soldier Spy, will be even remotely as competitive at the Oscars.

3. The BAFTA Awards Have Served As a Bellwether for Some Surprising Oscar Outcomes

When BAFTA has given BAFTA Awards to non-Brits who hadn't previously been widely recognized, they have often presaged the Academy doing the same. Consider the following examples:

There were no major examples of this sort of thing happening this year. The closest thing? BAFTA's decision to recognize Hazanavicius -- an unknown to most people until this past year -- over the legendary Martin Scorsese (Hugo), who they liked enough to present with a BAFTA Fellowship this year. With seals of approval from the DGA and now BAFTA, it seems as likely as ever that Hazanavicius will hold off Scorsese and his other A-list competition -- Allen, Malick, and Payne -- in the best director category at the Oscars.

I expect, however, that Davis will manage to hold off Streep and win best actress; that Payne, Nat Faxon, and Jim Rash's script for The Descendants or Aaron Sorkin and Steven Zaillian's script (from Stan Chervin's story) for Moneyball will top Straughan and O'Connor's script for Tinker Tailor Soldier Spy to win best adapted screenplay; and that Allen's script for Midnight in Paris will outscore Hazanavicius' script The Artist to win best original screenplay.