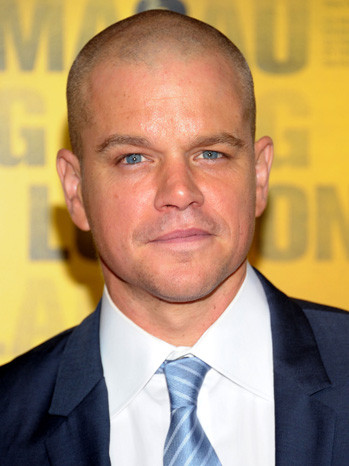 Focus Features and Participant Media are in negotiations to acquire the untitled drama project written by Matt Damon and John Krasinski. Damon was originally planning to direct the film at Warner Bros., where he has a production deal, but he had to move on over scheduling difficulties. Gus Van Sant then came aboard to helm.

Damon and Krasinski plan to star in the story of a salesman whose life is changed after he enters a small town. Dave Eggers was the original writer on the project, which Damon, Krasinski and Chris Moore are producing. Filming is expected to begin in the spring.

Focus most recently released Jane Eyre, Hanna, One Day and Tinker Tailor Soldier Spy. The specialty division just picked up the comedy For a Good Time, Call... at the 2012 Sundance Film Festival.

Kick off your day with Funrahi's daily e-mail newsletter. It's the freshest entertainment news, gossip and box-office reports, served hot. Get it.
'Homeland' Star Damian Lewis Cast in 'Romeo and Juliet'
Gary Oldman to Star in 'Motor City'