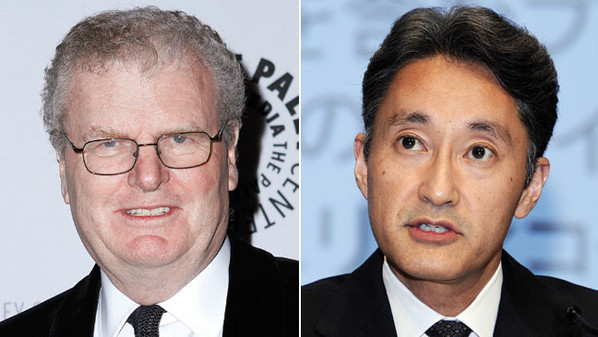 TOKYO - Sony Corp. announced Wednesday that Kaz Hirai will take over from Sir Howard Stringer as CEO and president as of April 1, the beginning of the company's financial year.

"As challenging as times are for Sony now, were it not for the strong leadership of Sir Howard Stringer these past seven years, we would have been in a much more difficult position," said Hirai in a statement paying tribute to the man he will replace.

Hirai had long been tipped for the top job and was granted new titles and anointed by Stringer as the leading candidate to take over from the Welsh-born former TV exec who became Sony's first non-Japanese CEO.

Hirai, 51, a former head of Sony's game unit, will be tasked with turning around the sprawling conglomerate's struggling business and attempting to restore the company to its glory days when it was a global innovator in consumer electronics.

"The path we must take is clear: to drive the growth of our core electronics businesses - primarily digital imaging, smart mobile and game; to turn around the television business; and to accelerate the innovation that enables us to create new business domains," said Hirai.

A press conference in Tokyo tomorrow, when Sony is expected to announce further losses for the third quarter of its current financial year, will give further details of the personnel changes.

Stringer will stay on as executive chairman until June, when he will become chairman of the board.