By FNN | February 1, 2012, 11:57pm IST
Summary: One of the deals covered under the agreement is "Red Light Winter" starring Kirsten Dunst and Mark Ruffalo. 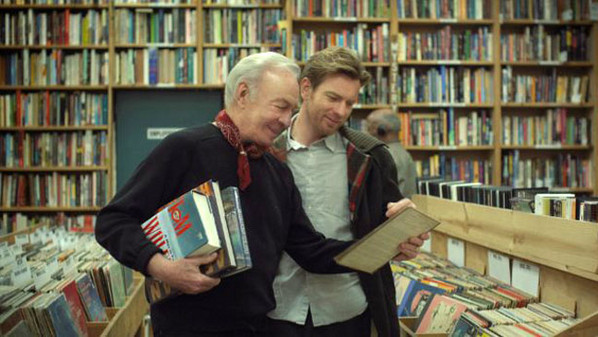 The agreement between K5 and Knudsen and Van Hoy's Parts & Labor covers all current productions in development at the Brooklyn-based shingle.

These include Red Light Winter, Adam Rapp's adaptation of his own award-winning play, which Oscar-winning director Scott Rudin will co-produce and which has Mark Ruffalo and Kirsten Dunst attached to star; and The Womb from director Gregg Araki (Mysterious Skin).

Knudsen and Van Hoy, who mentored under Rudin, hit indie gold with Beginners, which has earned close to $15 million worldwide, including close to $6 million stateside for Focus Features. Plummer plays McGregor's father who, close to the end of his life, comes out as gay to his son. The role won Plummer a Golden Globe and has earned him an Oscar nomination for best supporting actor. Other Parts & Labor productions include Here starring Ben Foster and Cam Archer's Shit Year with Ellen Barkin.

"K5 have already proven themselves to be great partners and we're very pleased to have successfully concluded this negotiation, a process in which we mapped and structured our mutual, long-term growth," said Jay Van Hoy. "The potential is huge."

"We've known Lars and Jay for some time now, from chasing Beginners and from securing Here for international sales last year," added K5's Daniel Baur. "They are undoubtedly two of the most talented young producers out there supporting extraordinarily talented auteurs with unique voices and visions."

The deal was negotiated on behalf of Parts & Labor by André des Rochers, of Gray, Krauss des Rochers and K5's Oliver Simon and Daniel Baur.

The Parts & Labor agreement comes as K5 is expanding rapidly in the U.K. The company just launched an L.A. operation - K5 International, which PalmStar CEO Kevin Frakes will run and which will have $30 million in equity capital to back indie productions.

K5's current slate, which it will be hawking at next week's European Film Market in Berlin, includes Bille August's upcoming Night Train to Lisbon and the Paul Walker actioner Vehicle 19.

Kick off your day with Funrahi's daily e-mail newsletter. It's the freshest entertainment news, gossip and box-office reports, served hot. Get it.
Columbia Pictures Fights Man Claiming He Was Omitted From 'The Social Network'
DC Entertainment Returning to 'Watchmen' with 7-Book Prequel Series