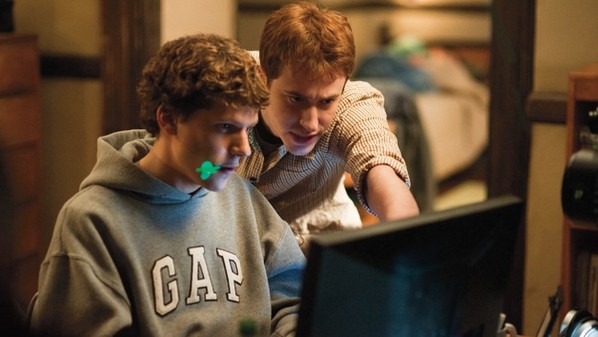 Today is the highly-anticipated day when Facebook files for its initial public stock offering. The documents will reveal key details about the popular social networking website, including who owns stock in the company already, how much revenue Facebook generates, and what is the company's true market value.

Watching on the sidelines will be various individuals who believe they should have participated more in the financial success of the company, including the now-famous Winklevoss twins, who according to one report, could own stock as part of their settlement that is worth as much as $450 million.

Anybody who has seen The Social Network knows that story, but how about the tale of Aaron Greenspan?

Who's he? Once profiled in The New York Times as a former Harvard student who had his own claim as being the true genius behind Facebook, Greenspan is now involved in a dispute with Columbia Pictures that alleges he was defamed by being left out of the award-winning film about Facebook's origins.

Greenspan says he created the original college social networking website, and before Zuckerberg or the Winklevii even got started, described his system in an e-mail to fellow Harvard classmates as "the Face Book." In 2007, he showed off old e-mails to the NYT to prove his claims. He wrote about his experience and the whole early Facebook saga in an unpublished autobiography entitled "Authoritas: One Student's Harvard Admissions."

Now, in a Massachussets federal court, Greenspan is fighting Columbia, Random House and author Ben Mezrich on a host of allegations, but perhaps the most unusual and audacious one is a claim that the film studio committed what the plaintiff is calling "defamation by omission."

Defamation, of course, is the tort that addresses a person's injured reputation upon someone else's harmful statements. Can one be defamed by things that are not said? Maybe. There have been a handful of cases that have suggested that omitting facts in published work can be misleading and draw readers/viewers into harmful inferences (see this or see this) .

Earlier this month, Columbia filed a motion to dismiss Greenspan's lawsuit. The studio responded to the omission claim this way:

"Nothing about the defamation by omission line of cases suggests that the allegedly defamatory statements need not be of and concerning the plaintiff. Here the Complaint alleges defamation against Columbia on the ground that plaintiff is not a character in Columbia's film at all. Because The Social Network is not 'of and concerning' Greenspan, the Complaint fails to state a cause of action against Columbia for defamation."

There's more to this story.

Greenspan is also claiming that the movie infringed the copyright on his autobiography. He says that he sent his manuscript to Random House, which rejected it, before the publishing company signed a book deal with Mezrich for The Accidental Billionaires. That's the same book that was adapted by Aaron Sorkin into his Oscar-winning screenplay for The Social Network.

The copyright infringement allegation on a movie that tells the story of an alleged copyright infringement is bringing a whole new level of meta to the legal system. For instance, here's Columbia's mind-bending defense of a now-famous scene where Harvard president Lawrence Summers meets Tyler and Cameron Winklevoss:

One final point on all of this.

Copyright infringement claims against studios and publishers are flourishing, and now command a great deal of press attention, but often the financial factors seem to overshadow everything else. By connecting defamation and copyright, Greenspan perhaps shows how pride plays a large motivating factor in bringing these kinds of lawsuits. It certainly would explain why the Winklevoss twins, who are already rich and have spent years in court without too much success, are still pursuing Mark Zuckerberg. The U.S. Copyright Office is currently considering the establishment of a small claims court. Might the answer for such a court be allowing plaintiffs to pursue credit instead of rich financial rewards?