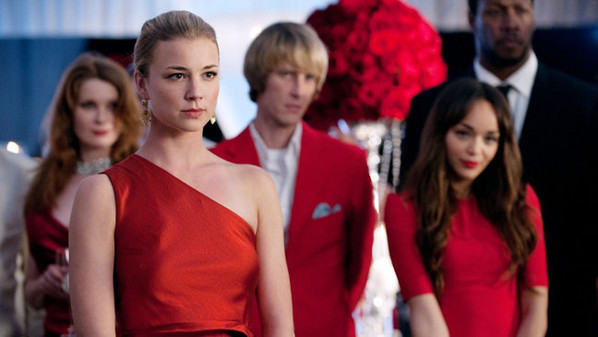 Hollywood notables will face off against rising stars at the fifth annual NewNowNext Awards, presented by Logo.

The outrageous and unpredictable ceremony is scheduled for taping on April 5 at the Avalon in Hollywood and will air as a 90-minute special on Monday, April 9 at 10 p.m. ET/PT on Logo. The network announced the nominees on Monday, Feb. 27 in categories including Next Mega Star, Cause You're Hot, Next Must-See Movie and TV You Betta Watch, while presenters, performers and special guests will be announced in the weeks leading up to the show.

Interestingly (and perhaps fittingly), ABC's Revenge was named as a Best New Indulgence nominee, rather than in the TV category. Star Emily Van Camp was also named in the Next Mega Star category.

Also worth noting: Hutcherson earned a nomination by his own merits, but his highly anticipated Lionsgate film failed to score a nom in the Next Must-See Movie column.

Read below for the full list of nominees and click here to vote for your favorites. The NewNowNext Awards are executive produced by Christopher Willey and Brent Zacky for Logo. Michael Dempsey of Dempsey Productions serves as the Executive Producer and Director.