By FNN | February 25, 2012, 10:51pm IST
Summary: Minutes before going under the knife, the legendary music producer, manager, songwriter and all-around L.A. character, who was played by Michael Shannon in the 2010 movie "The Runaways," offered a goodbye to loved ones, friends and enemies. 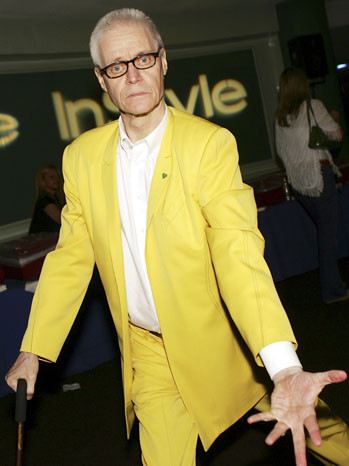 "If you're a friend, thank you; If you're an enemy, thank you for keeping me alert," says Fowley in the clip titled "Dancing with Death" and shot at St. Vincent Medical Center in Los Angeles. "If I do die today, make sure that you respect Snow Mercy who'll be there to collect her share, which used to be my share of my rock and roll, movie, music billions," he continues.

Never one to shy away from a promotional opportunity, he also plugs an upcoming gig by Kim Fowley's Psychedelic Dogs at Detroit's Metrotimes Blowout and the South By Southwest premiere of documentary Sunset Strip The Movie, which features Fowley along with Johnny Depp, Mickey Rourke, Keanu Reeves, Tommy Lee and Sharon Stone, among others, and screens March 16 at Austin's Paramount Theater.

In an interview two weeks before the surgery, Fowley told Rock Cellar Magazine, "Part of me hopes I do die. ... I've had cancer four times in my life, pneumonia nine times and polio twice. I would say that I'm due. If I die, it will be somebody else's turn to be kicked around and disliked."

Looking revitalized in the post-op clip, Fowley signs off with the line, "I am hard to kill and slow to die."

See both the before and after videos below:


Kick off your day with Funrahi's daily e-mail newsletter. It's the freshest entertainment news, gossip and box-office reports, served hot. Get it.
The Making of 'Chico & Rita': How a Low-Budget Animation Beat the Odds to Compete for Oscar
Scott Feinberg Discusses His Oscar Picks on Connecticut's ABC News Affiliate