Jennifer Aniston to Receive Star on the Hollywood Walk of Fame

By FNN | February 17, 2012, 8:02pm IST
Summary: The star of the upcoming comedy Wanderlust and former "Friends" actress is set to be immortalized on Hollywood Blvd. on Wednesday, Feb. 22. 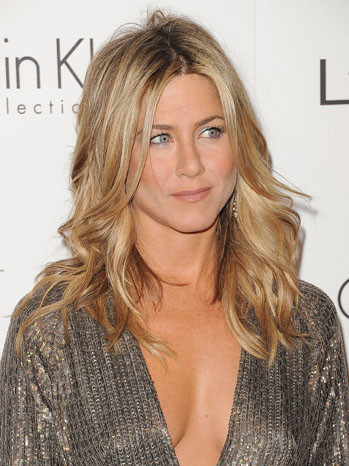 Jennifer Aniston will receive a star on the Hollywood Walk of Fame on Wednesday, February 22, 2012 at 11:30 a.m. The Hollywood Chamber of Commerce plans to honor the former Friends actress with a star located in front of the W Hollywood Hotel at the corner of Hollywood and Vine.

For her ten-season stint on Friends, Aniston received five Emmy nominations, two SAG Award nominations, two Golden Globe nominations, an Emmy (2002) and a Golden Globe (2003) for Lead Actress in a Comedy, and five People's Choice Awards. Subsequently, the actress transitioned into feature roles with films including Rumor Has It, The Break-Up, Friends With Money and Marley and Me.

Aniston will next be seen in Wanderlust, directed by David Wain and released by Universal Pictures.

Kick off your day with Funrahi's daily e-mail newsletter. It's the freshest entertainment news, gossip and box-office reports, served hot. Get it.
'The New West' Headed to the Big Screen
Miley Cyrus Steps Out With Fly Unbuttoned