'The New West' Headed to the Big Screen 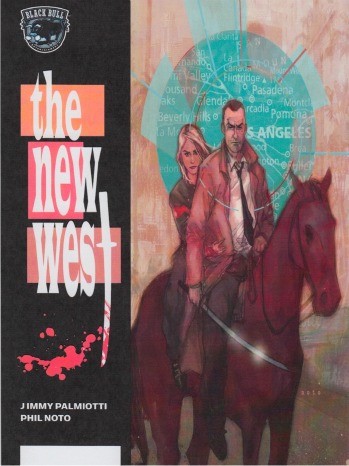 Written by Jimmy Palmiotti and art by Phil Noto, the two-issue comic was set in a near-future Los Angeles where an electromagnetic pulse bomb has causes all technology to stop working. In this hostile environment a disgraced former LAPD detective must rescue a kidnapped mayor with only a horse and a sword.

Black Bull Entertainment was the publishing imprint of Wizard Entertainment, Shamus' empire begun in 1991 that grew to inlcude conventions, a comic and toy price guide, and a broad array of magazines that have since gone digital.

Benderspink, whose credits range from comic book adaptation A History of Violence to the in-production comedy Burt Wonderstone, recently pacted with Arcana to create a line of comics ripe for film adaptation.