By FNN | February 13, 2012, 11:41am IST
Summary: The Oscar winner is at the Berlin Film Festival to screen his biopic of the reggae legend. 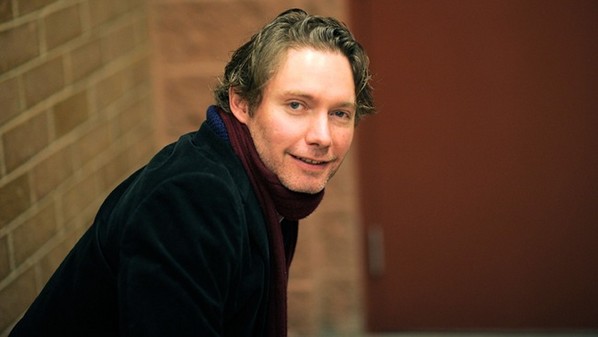 BERLIN - Oscar-winning director Kevin Macdonald is sure there are many films that could be made about the life of Whitney Houston, but it's not likely that he'll be doing one.

Macdonald, in Berlin to see his in-depth documentary of global music icon Bob Marley unspool in a special screening, said Sunday he thought any film made about Houston would be a sad one. Houston died Saturday at age 48.

"There's probably a very sad film in there," said Macdonald, whose One Day in September won the feature documentary Oscar in 2000. "But I simply don't know enough about her to pass comment."

Macdonald's Marley, which contains 50 songs from the late reggae legend and 10 from other artists, aims to be the definitive documentary about Marley, who died of brain cancer in 1981 at age 36.

Rohan Marley, one of the singer-songwriter's 11 children and billed as a protagonist in Macdonald's doc, told a news conference ahead of the movie's official screening that any fictional version to be made requires something no actor has.

"My father was not just a man but a spirit dancer," Marley said. "You have to come with that vibration, and it is not something you can act." He added: "In Jamaica, when you are a light-skin, you are the outcast. To play my father, his struggles and how he overcame it all, would require you to bring tears to my eyes."

He then stopped, looked around the room and smiled. "It has to be one of his sons," he said. "And we're not, none of us, in Hollywood."

Macdonald had noted earlier that not even "the great Will Smith," who played Muhammad Ali in the fictionalized story of the boxing icon, would find it an easy task.

Neville Garrick, Marley's longtime friend and collaborator, described Marley's concert for the liberation of Zimbabwe and the inauguration of President Mugabe as one of the singer's greatest achievements.

"He would be upset now at the state of the country and what is going on with the people," Garrick said, "but the birth of that liberated country at the time was like the birth of one of his children. He just couldn't not go."

Garrick told of how Marley spent $90,000 of his own money to fly the concert gear, crew, staging and the Wailers band members out there after receiving only two tickets from the Zimbabwean government.

"The next day he put a free concert on for the people because everything was there," Garrick said. "That's the kind of man Marley was."

Macdonald said the main aim of the documentary for him was to bring people to listen to Marley's music with greater understanding of where it came from and what formed the man who made it.

Kick off your day with Funrahi's daily e-mail newsletter. It's the freshest entertainment news, gossip and box-office reports, served hot. Get it.
Berlin 2012: Film Festival Actors Roundtable
'The New West' Headed to the Big Screen