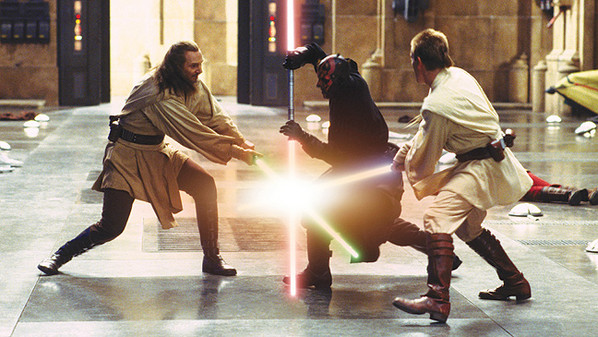 George Lucas' Star Wars: Episode I — The Phantom Menace has crossed $1 billion in worldwide box office with 20th Century Fox's rerelease of the film in 3D.

It's the first individual Star Wars title to join the $1 billion club.

Since opening worldwide less than two weeks ago, Phantom Menace has earned $73.4 million, pushing its cume to $1,000.4 billion through Wednesday.

And it's only $1.5 million from matching and then overtaking The Dark Knight ($1,001.9 million) to become the 10th-highest-grossing film of all time, not accounting for inflation.

The Phantom Menace rerelease has earned $35.8 million domestically and $37.6 million internationally. It is the 11th film to earn $1 billion or more globally.

Kick off your day with Funrahi's daily e-mail newsletter. It's the freshest entertainment news, gossip and box-office reports, served hot. Get it.
Local Movies Account for 30 Percent of Polish Box Office in 2011
Box Office Preview: Military-Endorsed 'Act of Valor' Headed for Strong Opening