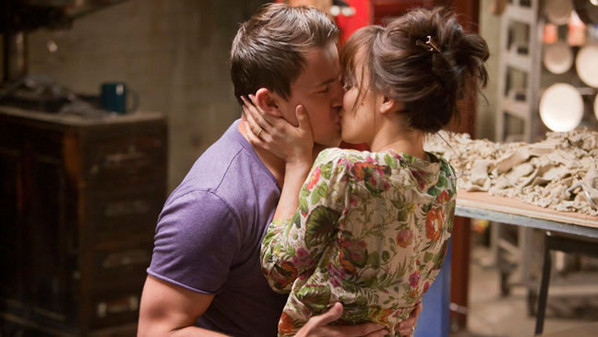 BERLIN -- The force has returned to moviegoing.

Both films vastly overperformed, driving the weekend up more than 30 percent from last year. Overall revenue hit a staggering $190 million, the best showing for a non-holiday weekend in February.

The strength of The Vow -- the top opening ever for Clint Culpepper's Screen Gems and co-financed by Spyglass -- and Universal's Safe House wasn't the only surprise.

Outside of a holiday weekend, it's the first time four films have crossed $20 million. Studio executives agreed moviegoers were responding to the breadth of the marketplace, which offered something for everyone -- romance, action, family fare and nostalgia.

In 2011, domestic box-office revenue tumbled and attendance slipped. Year to date, revenue is up more than 11 percent from last year, while attendance has increased by 11 percent too.

"It think it's the combination of a lot of diverse films being offered the past six weeks," Universal president of domestic distribution Nikki Rocco said.

Sony worldwide president of worldwide distribution Rory Bruer said the pairing of McAdams and Tatum proved irresistible. Women made up 72 percent of the audience, while 55 percent of those buying tickets were under the age of 25. Tatum also starred in Dear John, which debuted to $30.5 million, the previous best for a Screen Gems title.

The Vow, directed by Michael Stucsy and costing $30 million to produce, opened in 20 markets overseas, grossing $9.7 million for a worldwide opening take of $52.4 million.

In terms of age, Safe House skewed older, with 62 percent over the age of 30. The biggest draw, according to exit polls, was Washington, followed by type of movie. Rocco added that people enjoyed seeing Washignton play the bad guy.

Overseas, Safe House opened to $10.2 million in select markets for a worldwide bow of $49.5 million.

Journey 2 — receiving an A- CinemaScore — benefited from great word-of-mouth, evidenced by the fact that it was up an astonishing 94 percent on Saturday, compared to 9 percent for The Vow and 19 percent for Safe House. The film features Dwayne Johnson in the lead role (Brendan Fraser starred in the original, which opened just north of $21 million).

Heading into the weekend, tracking suggested the sequel would open to $16 million or less.

"We knew things were turning around when we saw the jump on Saturday," said Warner Bros. president of domestic distribution Dan Fellman. "Toby Emmerich [head of New Line] made a great decision in casting Dwayne Johnson."

Journey 2 did big business in Imax theaters, which generated $3.8 million of the film's gross, or 14 percent, according to IMAX senior vp worldwide distribution Phil Groves.

Overseas, where Journey 2 opened three weeks ago, the movie continued to prosper, grossing $25.4 million for an international cume of $74.7 million and a worldwide haul of $102.3 million.

Fox executive vp distribution Chris Aronson said the exit polls for the 3D rerelease of George Lucas' Star Wars: Episode 1 — The Phantom Menace were well above average. Of those buying tickets, 60 percent were males, while 49 percent were under the age of 25.

At the international box office, Phantom Menace opened to $20.5 million for a global bow of $43.5 million.

"The force is with worldwide audiences again," Aronson said.

Fox's Chronicle held well in its second weekend, falling only 44 percent to $12.3 million for a domestic cume of $40.2 million and coming in No. 5.

Placing No. 6 was Daniel Radcliffe starrer The Woman in Black, which fell 51 percent -- a good hold for a horror pic -- to $10.3 million for a domestic cume of $35.5 million. CBS Films is distributinng the film in the U.S.

Women in Black rocked the U.K. box office in its debut during the weekend, taking the No. 1 spot with an estimated $3.5 million for Momentum Pictures and beating the first weekend of The Muppets, The Vow and Phantom Menace.