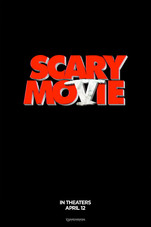 In Scary Movie 5, happily married couple Dan and Jody begin to notice some bizarre activity once they bring their newborn baby Aiden home from the hospital. But when the chaos expands into Jody's job as a ballet dancer and Dan's career as an Ape researcher, they realize they're family is being stalked by a nefarious demon. Together, with the advice of certified experts and the aid of numerous cameras, they must figure out how to get rid of it before it's too late.

View All Photos of Scary Movie 5

Watch All Videos of Scary Movie 5

It's supposed to be funny, but you'd have an easier time reading a zombie's pulse than you would finding a single good laugh ...
Peter Howell, Toronto Star - April 14, 2013

For the art-house crowd, who may, I suppose, stumble drunk into the wrong theater after too much Chardonnay, there are nods to Black Swan and 127 Hours.
Amy Nicholson, Los Angeles Times - April 13, 2013

A film composed almost entirely of jokes that were much funnier when you read them on Twitter years ago.
Darren Franich, Entertainment Weekly - April 12, 2013

Like so much of this whole series, the mere mention of a familiar pop culture figure or title is supposed to be hilarious.
Joe Neumaier, New York Daily News - April 12, 2013