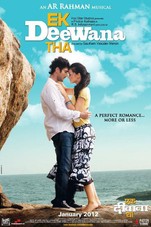 Sachin is a regular guy-22 year old engineering graduate from a middle class family in Mumbai who is in love with the world of cinema. As a struggler in the film industry-where his long days are filled with waiting and then some more waiting, surviving on his father's pocket money and desperately trying to make an entry into any of the main film camps-there is nothing that makes each day worth looking forward to. And that's when he sees Jessie, and it is love at first sight for him. Jessie is beautiful, elegant, smart and classy. But Jessie is not that simple. Jessie belongs to an orthodox Malayali Christian family where watching movies, partying or falling in love are completely taboo. While Sachin battles with the idea of someone like Jessie and her family living in 21st century, modern Mumbai-he finds himself increasingly drawn to her. Jessie, for her part, tries to forge a friendship between them-believing that cloaking their feelings under the umbrella of friendship would save them heartache, tears and a full blown family drama. EDT is the intense, yet feel good love story of these 2 very different characters as they understand the pangs and pleasure of first love while battling with the situations that life has placed them in making Sachin question all the time-Of all the people in the world why did I fall in love with Jessie?

“ Watch it for Few Good Moments ”

With Ekk Deewana Tha director Gautham Menon takes his third stab at the same story, having directed successful Tamil and Telugu versions previously. This Hindi remake is a disappointing bore of a love story that tests your threshold for pain as it hobbles along indulgently for close to 2 hours and 40 minutes.I'm going with a generous two out of five for Ekk Deewana Tha. Even A R Ramhan's score offers only sporadic relief. The only real discovery you make through this film is Prateik Babbar's immense likeability. Now if only the kid could act!
Rajeev Masand, CNN IBN - February 17, 2012

Though essentially a remake, EKK DEEWANA THA conjures memories of K. Balachander's roaring hit EK DUUJE KE LIYE. Menon is a master storyteller, no two opinions on that, but EKK DEEWANA THA fails to leave an impact for a valid reason: A beaten to death plot tends to stagnate after a point. Also, Menon overstays the hospitality by dragging the film in its second hour. Just when you think the story would conclude, Menon does a time travel and starts a new chapter in this never-ending love story. That, honestly, only makes this snail-paced movie a taxing and cumbersome experience. On the whole, EKK DEEWANA THA has a few sparkling moments, that's about it. However, it lacks the fizz for the spectator to go deewana!
Taran Adarsh, Bollywood Hungama.com - February 17, 2012

What's Bad: The routine story; the weak screenplay; lack of feeling of empathy for the two lead characters.

Intense stories of first love are rare in Bollywood Lite nowadays. But Ekk Deewana Tha, originally made in Tamil, takes the route of extreme ardor. Love isn't a walk in the park here; it is the war of life itself, a battle that envelops those involved and almost consumes them. Love is like a buried treasure that lies only at the end of a hard journey - and one doesn't know till the very end whether it is really attainable at all. The good thing about Ekk Deewana Tha is that it chooses deep conversations and not deadly fists to reach where it finally wants to.Ekk Deewana Tha has its moments but it doesn't really put you in the mood for love.
Avijit Ghosh, Times Of India - February 17, 2012