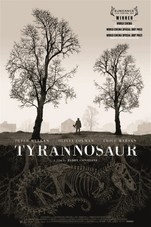 Joseph (Peter Mullan) is an unemployed widower with a drinking problem and a violent temper. When he meets Hannah (Olivia Colman), a devout Christian who works at a charity shop, the two form an unlikely bond where secrets are revealed and salvation is found in dark places. With striking performances and a deeply moving story, actor-turned-writer/director Paddy Considine's film is a stunning debut about the emergence of grace and redemption from the least likely of places. Winner of the Sundance Film Festival's World Cinema Jury Prize for Breakout Performances and the World Cinema Directing Awards.