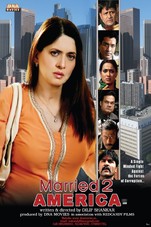 Ravi Malhotra, an NRI living in the US, works for the mighty Larson & Jason, a US based multinational, which builds huge civil projects throughout the world like dams & bridges. One of its recent contracts in India, the Dharbhanga Dam project in Bihar at District Saurabhpur was planned & executed with a hundred year warranty, by their top architect & engineer Ravi Malhotra. Within a few years three of the dam's gates are burst open, leaving hundreds of people dead, thousands are rendered homeless & public property worth crores washed down in floods. The Indian government is contemplating suing the company for damages worth millions. The company sends Ravi Malhotra to India to probe & investigate what exactly caused the damage. Ravi finds out the shocking truth & hands over the file to the concerned authorities here and after that night he goes missing...The authorities & the police feel he has escaped to evade arrest as the Indian government & the law holds Ravi & his company Larsen & Jason solely responsible for the disaster. All efforts to trace him are futile. After three months his distraught wife Anjali follows him to Saurabhpur. From the moment she lands in India to eventually finding her husband, in the process rediscovering their love for each other.

Watch All Videos of Married 2 America

Few films have been as fantastically misnamed as Married 2 America. The film's title has little to do with the narrative. The story begins in the USA but soon the action shifts to the badlands of Bihar. Anjali Malhotra's attempts to trace her husband results in encounters with murderous engineers, ex-dacoits and bahubalis. The film gathers momentum but nobody is surprised when the real crooks are exposed and the way the plot reaches its climax. What we get instead is a film generously littered with cuss words and a titillating scene where a female cop feels up the leading lady. Single-screen theatres might yet find some viewers.
Avijit Ghosh, Times Of India - February 17, 2012

The film has a fast paced story and the writer-director Dilip Shankar has woven a story around a socially relevant subject. Bihar is among the worse flood affected regions and that forms a good backdrop for the story. The basic research seems satisfactory on a superficial level but the storyteller has not been able to leave the lust for a typical Bollywood thriller. The film begins at a simple note and takes time to pick up the momentum. Unnecessary footage has been used in elaborating Anjali's quest for her husband's whereabouts.The editor could easily have cut the film by 15 more minutes and that could have made it a tighter film.'Married 2 America' is average fair but it has done a good job by focussing on a real issue. The climax is exciting but stretched unnecessarily.
Rohit Vats, CNN IBN - February 17, 2012

Loo break: Quite a few in the first half.

Watch or Not?: Watch it for the performances but be warned that the film, as a whole, does not have much to offer.
Komal Nahta, Koimoi.com - February 17, 2012