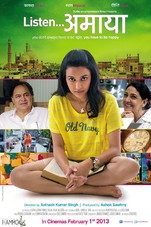 'Book a coffee', is an offbeat library cum coffee shop. It is owned and run by Leela Krishnamoorthy, a middle aged widow. She herself is as interesting and free spirited as the cafe she runs! Amaya, Leela's only child is a fire-brand 22 year-old writer; quick witted, confident and open-minded. They adore each other as only mother daughter can. Into this mix, is thrown Jayant Sinha. A 60 year old retired photographer, who continues his chosen profession as a hobby today. He is passionate about people and the memories they create; he is also a great friend to Amaya Krishnamoorthy, with whom he decides to co-author a coffee table book, titled Memories... of The Busy Bazaar. The Busy Bazaar as a title has it's own story and adds a subtle but intriguing undercurrent to the narrative woven around it. After having lost her husband 12 years ago, Leela refuses to become a stereotypical wallflower, who wallows in the unfairness of life. It translates into the sort of person she becomes, the way her daughter is brought up and the people who are attracted to her. And along the way, Leela falls in love again. Given that Amaya is open minded and modern in the way she reacts to various things around her, gives Leela reason to believe that this will in no way be a hindrance or a problem with her daughter. And this is also the crux of the whole story. At a dinner, Jayant begins to narrate the incident in which his family was tragically killed to Leela. Talking late into the night, Jayant spends the night in Leela's home, which is also when Amaya walks in on them the next morning, just as Leela is consoling a broken Jayant who's just finished his heart rending story. As relationships that were once rock solid, fracture and crumble, the film explores multiple relationships in their own unique ways. It also traces Amaya's journey of anger, betrayal and disbelief to one where she understands the reasons behind everything that has happened between mother and daughter. Once her head clears, Amaya is the one that makes the effort to rebuild lives, piece together shattered relationships and bring the missing sunshine back into everybody's lives. Other characters beautifully woven into the film also add to the layering and texture, that character driven films demand. Finally, there is also a sub plot that runs alongside the main narrative, which becomes the sublime finale to a sensitive, subtly humorous and extremely touching story. Listen Amaya is a modern, young, contemporary film about relationships, family dynamics, about pre-conceptions and about priorities.

Watch All Videos of Listen Amaya